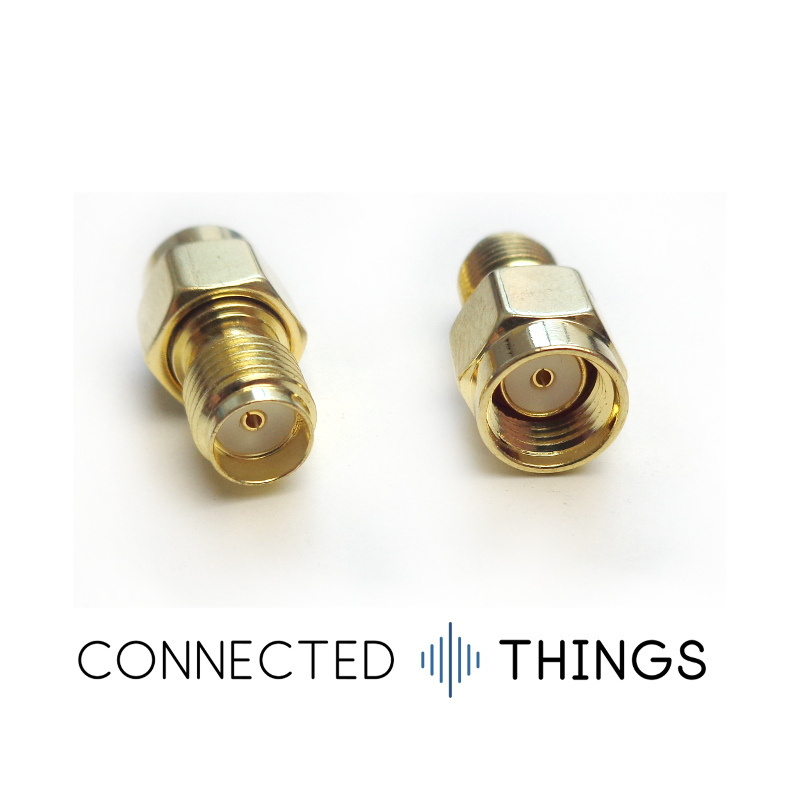 We deliver globally via FedEx

The great thing about standards is there's so many of them. By this measure RF connectors standards are some of the best, there are millions of permutations!

SMA connectors have a particularly common problem as not only are there are male and female connectors, we also have Reverse Polarity (RP) Male and Female to contend with.

This adaptor has RP SMA Male and SMA Female ends, so can sit in between male antenna and RP-Female gateway.

If you're not sure about your gateway or antenna, throw one of these into your order to make sure you're covered!